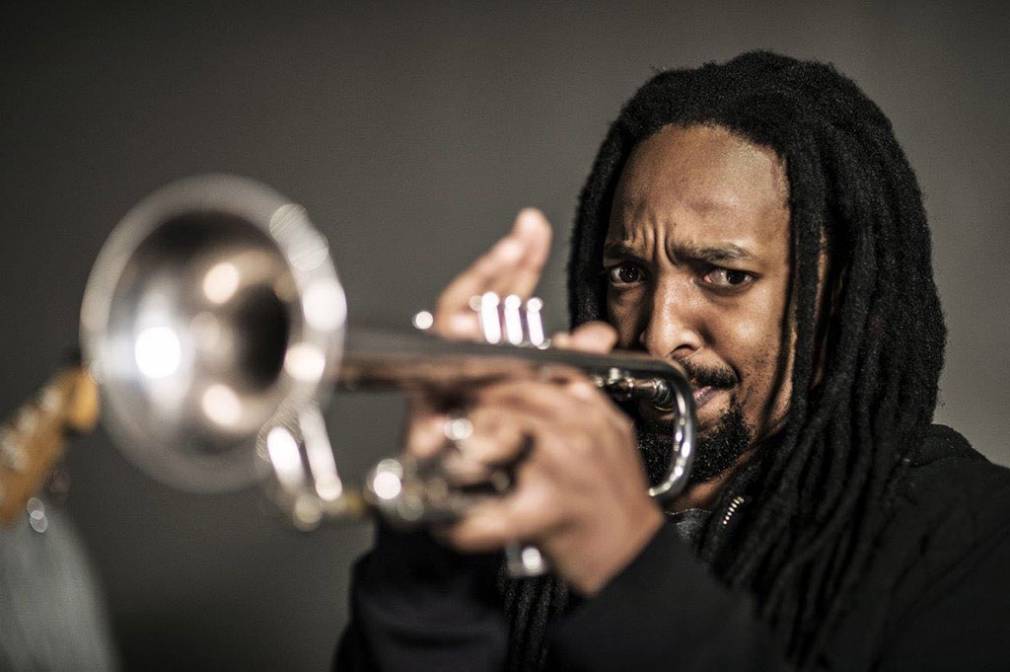 As the prolific London jazz scene continues to invade the world like ivy on a wall, other countries seem to be following suit. This is the case of South Africa. Both based in Johannesburg, the record store DJ Okapi and bassist Shane Cooper have teamed up to give a taste of what’s been going on around them in recent years. On the New Horizons compilation, they select a dozen collectives who seem to have broad shoulders to represent this new scene which is overshadowed internationally. This inspired youth anchors the solid heritage of the elders in the present and conveys current messages, between history and contemporary social realities. New Horizons could become the South African counterpart of the now legendary London compilation We Out Here released by Brownswood in 2018… Curator and digger DJ Okapi reveals his vision..

How did you choose the artists to feature ? What was the criteria ?

These are most of the leading young South African jazz artists who have released their own albums in recent years, all since 2016 except for the Kyle Shepherd Trio’s Dream State from 2014. The title track of this album arguably ushered in this new era of South African jazz. I think Shane and I first decided on who we wanted to showcase, then chose tracks that we felt were highlights from their recent albums (except for the Mabuta track “Slipstream” which is unreleased until now and follows the band’s 2018 album Welcome To This World, also on Afrosynth). We also had to consider what combination would work best, showing the diversity of sounds and artists but also making it coherent as a whole, while also fitting three tracks under 16 minutes on each side. Some of the tracks are long, 5 or 6 minutes or more, while others are only 2 minutes or even less, which I really like. There were many other contenders who didn’t quite make the cut, for various reasons.

According to you, what are the main differences between this south african jazz scene and the rest of the world, especially in UK ?

South Africa’s jazz scene is unique in the sense that it is informed by our history, politics and social dynamics. The multiracial aspect of it, for example (not only during apartheid but today too) holds a particular significance here given our history. Many of the older generation of south african jazz artists were scattered around the world in exile – one can argue that south african musicians have been far more influential on the British or broader European scene than vice versa. I am talking about musicians such as Dudu Pukwana, the Blue Notes, Pinise Saul, Julian Bahula, Hugh Masekela, Bheki Mseleku, Abdullah Ibrahim – the list is endless. Today jazz in South Africa carries that huge legacy but also continues to evolve. It’s no longer rooted in that history alone, it also speaks to today’s realities and struggles, which are no less severe or tragic. In fact for a jazz musician in Sout Africa, it’s probably safe to say it’s far harder to survive from one’s art than it was for previous generations in the old days. And the every-day reality here is different to what a musician (or anyone else) faces in more “developed” countries. That informs the music.

Is it a one shot compilation or can we expect more of this kind?

I would hope to be able to do more – there’s certainly no shortage of talent here in South Africa. Compilations are a cool format to introduce listeners to a sound or a scene but ideally the aim is to create demand both in South Africa and internationally for full albums by individual artists or groups – whether it’s new releases, reissues of old albums that have become too expensive on vinyl, or recent albums only released digitally or on CD but never on vinyl, which is often the case in South Africa where there are no pressing plants any more. That way the artists stand to benefit more, compared to a compilation. But it’s a step in that direction.