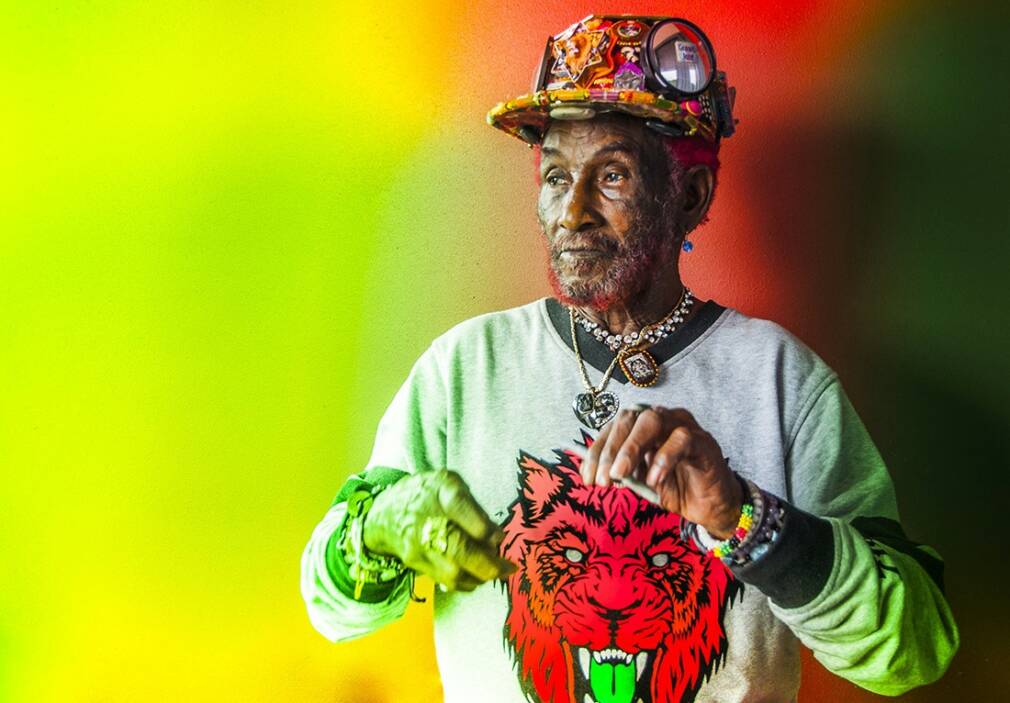 The Upsetter and Captain of the Black Ark, Lee “Scratch” Perry, dies at 85

Lee “Scratch” Perry, born Rainford Hugh — who reportedly died in Noel Holmes hospital in Western Jamaica on Sunday, August 29th — was a visionary that shook up the musical order by jamming tape machines, slogging silverware, packing samples, and layering effects onto tracks that would bleed into hip-hop, r&b, and punk.

Known as the visionary behind dub and roots reggae, Lee Perry was a shamanistic pioneer that made Jamaica an epicentre of the world’s music using his raw imagination in the studio. We pay tribute to the man, myth, and legendary record producer and the monumental legacy he has left behind in music and life.

After brief stints in the 1950s working with Clement “Coxsone” Dodd’s popular Studio One and passing through Joe Gibbs’ rival label Amalgamated Records, Perry proved to be too maverick (and too insistent on getting paid) for any established order. Instead, he formed his own Upsetter Records, a nod to his track “I Am the Upsetter”, run out of the infamous Black Ark studio from his own backyard in Kingston. From the Black Ark we get The Congos’ Heart of Congos, Max Romeo’s War Ina Babylon, The Wailers’ Soul Rebels, and Bob Marley’s ninth studio album Exodus.

Lee Perry’s work earned him the respect of major musicians from across the world and from all musical backgrounds. Afrika Bambaataa, a founding father of hip-hop said, “It was Lee Perry’s sound and the Jamaican toasters that inspired us to start hip-hop.” Lee Perry has also been the toast of The Clash, Keith Richards, Paul McCartney, and the Beastie Boys to name a few, giving broad testament to Perry’s influence.

Most of all, Perry was known for his larger than life personality. He was often seen adorned in bright colours with many layers, a pirate’s booty of jewellery, and his red dyed hair and beard. He was also known for his indelible quips about life, music, and where he stood in the middle of it all. Adrian Sherwood of U-Sound Boss said of Lee, “Lee has fun all the time, he shakes things up, he makes you let down your guard.”

“The bass is the brain, and the drum is the heart,” Perry said to Rolling Stone in 2010. “I listen to my body to find the beat. From there, it’s just experimenting with the sounds of the animals in the ark.”

Scratch leaves behind a massive discography of albums, compilations, and appearances that is difficult to count. The most recent albums which came out in 2019, Heavy Rain and Rainford Dub, Perry released at the ripe age of 83. His work spans generations and usually contains a fearless voyage into a new style or “version” with Scratch pushing the limits of his 4 track mixing board with wobbling basses, eerie echoes, dark ambient noise, and finely selected samples.

Perry is legendary in so many ways. His creativity can be seen as a powerful clash of internal struggle, manifested so poetically in the eventual burning of Black Ark in the 1980s after years of disrepair and literal “writing on the walls”. It was an act which Perry describes as such; “I created my sin, and I burned my sin, and I am born again.”

Whether Perry’s reincarnation is metaphysical or metaphorical is for him to know and us to wonder. What we can be sure of is that Perry’s style and zeal is burned and born again into music culture around the world. It is a sad day in music to have lost this visionary and personality. Lee “Scratch” Perry will be dearly missed.