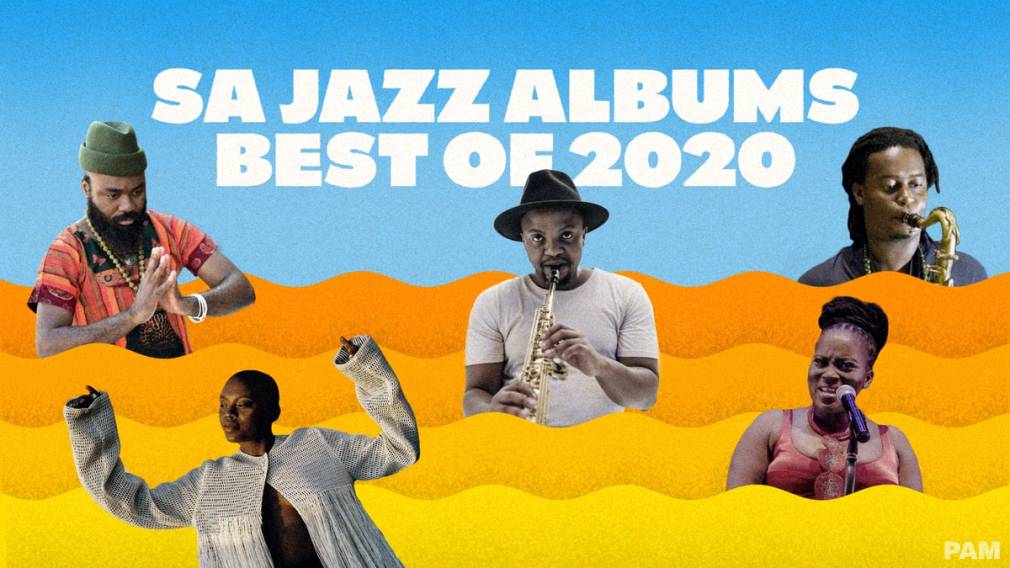 The best 10 South African jazz albums of the year 2020

2021 is going to be an epic year for South African jazz, one in which era-defining work shall solidify the country’s standing as a haven for jazz greats. Yet, whatever telling ends up taking root in mainstream media shouldn’t be allowed to erase the years’-worth of endless truth seeking it’s taken to get to this point, where big-name publications publish regular pieces – and uninformed opinions, at times – about the scene.

Thandi Ntuli, Nduduzo Makhathini, Ndabo Zulu, and the Mushroom Hour label have recording dates and releases forthcoming; while UK-based Brownswood Recordings are set to issue a South African jazz compilation titled Indaba Is during the first quarter of 2021.

More artists, still, shall continue to emerge from the woodwork, as has been the case this year with the likes of Cape Town-based drummer, Tefo Mahola and pianist Thembelihle Dunjana; Durban’s drummer par excellence Riley Giandhari, pianist Jaedon Daniel, and bassist/tubist Dalisu Ndlazi; along with Pretoria’s piano lynchpin Bongani Givethanx and saxophonist Saul Madiope; and East London-based vocalist and songwriter, Ne AhtYah.

A special mention to Sean Sanby, Shane Cooper, The SN Project, Mandla Mlangeni, Banda Banda and The Crocodiles, Zawadi Yamungu, Sibusiso Mashiloane, and dumama+kechou, who all gave us amazing music this year.

Below is a list, not comprehensive by any standards, of South African jazz albums which held space while 2020 did a number on us.

Listen to the related playlist on Spotify.

Xolisa Dlamini is a rare presence on the South African music scene. Accomplished in every sense, she’s done everything from being a mentor to big-name artists — she counts Nduduzo Makhathini and Black Coffee among her mentees — to winning awards for her music. Her new collection is yet another addition to a life lived, and a dream realized. She’s fire. Her voice expands, and contracts, and rebounds off of surfaces which contain entire galaxies of sound — from Maskandi, to Afro-jazz, to Gospel, and then some. She rebuffs interruptions, and forces you to lock in and pay attention. A masterpiece, truly.

Tefo Mahola’s language is drumming. This is apparent in his debut collection, which is steeped in the hardbop/bebop tradition, yet doesn’t reject contemporary categorizations. The listener goes from a light jog, to a fast sprint, to a delayed race, to a marathon in one sitting. He’s got the passion, and that alone should pull him through. Here’s to seeing what he pulls out the bag, going forward.

Linda Sikhakahne’s sophomore project started out as a recital recorded for his Masters project at the New School in New York. Upon hearing it, producer Nduduzo Makhathini suggested that there was more to be done, and that more people needed to hear it. Thus began the work of seeking out additional collaborators to add their voices onto those of an already stellar cast. Sikhakhane is championing an approach to playing that many shall embrace many years down the line. His playing is assured, his spirit is restless, and his resolve is impeccable.

“I felt with this one it was more intentional. I had a bit more direction. I knew what I wanted to achieve. I knew the artists that I wanted to work with,” said Sisonke Xonti in an interview. Released toward the tail-end of this year, his album is vocally endowed, melodically enchanting, and technically proficient. He brings with him delightful torchbearers who contribute depth and add texture to a great set of compositions, some of which came to life under strict lockdown conditions earlier in the year.

Zoë Modiga‘s inspired meditation on culture, collective healing and identity snuck up on 2020 and interrupted proceedings. It’s work rich in warmth, well-wrought with standouts moments such as the breezy “Abantu”; and “Ilanga Lishonile”, recorded in memory of Miriam Makeba. We still feel the same way we felt upon hearing the album for the first time; Zoë’s still “an entire mood, an unhinged experience, and an exploratory enterprise.”

Modes of Communication: Letters from the Underworlds

Nduduzo Makhathini is the first South African to be signed onto the acclaimed Blue Note recording label. His ninth album, which arrived in the depths of lockdown, is a sonic and spiritual force, deserving of every bit of praise directed its way. As Makhathini readies for greater heights, and as his work finds a new and appreciative audience, this moment shall follow him as one where excellence and perfect timing merged to unleash the full potential of a perennial luminary.

Standouts: “Yehlisan’umoya”, “Unyazi”, “Beneath the Earth”

Though released as physical copies in 2019, Ndabo’s groundbreaking, star-studded Umgidi Ensemble’s debut offering came on-line this year. Produced by Derrick Hodge, the album has since won multiple awards for the composer and bandleader, including Newcomer of the Year at this year’s South African Music Awards. The expansive work is time travel in music form, perfect in both composition and execution. “The […] vision […] was to create some sort of Nguni orchestration like how one would find an American standard big bands orchestra, or in the West one finds a philharmonic orchestra,” he shared in an interview.

Kelenosi is very much the product of lockdown, of being alone. It carries within it the DNA of one of the most outstanding, broad-ranged musicians of our time. Bokani Dyer didn’t plan for it to exist, but the beats he was making in studio needed an outlet. As has become typical of his other releases, the album has experimental moments aplenty, and floats somewhere between lounge and jazz-funk. At eight songs short, it’ll have you reaching for the replay button everytime you bump it.

When a couple of Joburg-based musicians holed up in a flat in the middle of town back in 2016, they had no idea that the work would go beyond the film they were recording it for, and be released on vinyl to a global audience. UPRIZE! is exactly that, and more. It is a re-telling of history, a polemic on the atrociousness of state-supported violence, and a reminder that we come from greatness. Every bit the collector’s treasure, this is an essential addition to the archive.

Asher Gamedze is a rare thinker, a consummate musician, and a committed activist. His debut long player, released earlier in the year via the UK-based On The Corner record label, is testament to how theory and praxis can co-exist on one plane. His cultural work informs his approach, and enables the sound to travel without necessarily being tied to polemic contestations — and questions — about what the whole thing means. Sometimes, it’s perfectly okay to just lay deep in the cut and let the music speak to your soul.