A few months after the Parisian Théâtre du Châtelet hosted the Nø Førmat festival, PAM looks into the history of the French label, that has produced so many musical gems until now. The African continent has long been honored on the roster, since the beginning of this uncategorizable project. Throwback to the label’s origins, through the voice of his founder, Laurent Bizot.

The label, founded in 2004, quietly imposed its style one would describe as soft and quiet, but with the same and patient ambition: promote and defend genre-defying and free projects… obviously labelled “Nø Førmat”.

As a legal expert for Universal Jazz, Laurent Bizot could witness how the marketing tool was everyday more integrated into the music label’s strategy, and how it impacted the creation process in itself : there would be no room for risks because the aim was to sell records. How ? By formatting the music. But everyone knows that this can kill music. This is when he started to think about setting a tiny label inside Universal, with little budget but a great artistic freedom. He then launches his first projects, but the restructuring in the company forced him to leave and set up Nø Førmat as an independent label, still distributed by Universal.

Birth of a label

The label came to life in 2004, and was made of three babies: three unclassifiable albums, amongst them an amazing musical party that gathered Cameroonian Richard Bona, Congoese Lokua Kanza and French Gérald Toto. 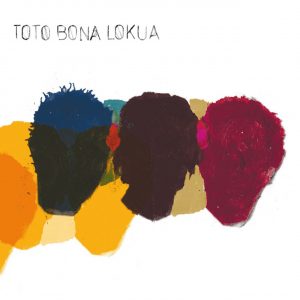 “Toto Bonua Lokua”: the trio’s name sounds great, and not only for the title of the album. The record was recorded in three days at Studio Kalm, a room full of instruments, that looked more like a children playground where a bunch of malicious kids had locked themselves in. Their complicity was at the center of this record, both playful and beautiful, where three voices were offering each their version of sweetness.

“I loved Bobby McFerrin’s Circle Songs“, tells Laurent Bizot, an album where a capella vocals come on top on each others as layers… It was the reference for the album Toto Bonua Lokua, but the idea was to do a capella stuff, with no pre-composed songs, something pretty much improvised… a recreation.”

A recreation that is too rarely heard (you should listen to the amazingly wild hidden track that ends the records after Lisanga) ! There was no leader in the trio, but three musicians who were also singers, composers and video directors, and who brought their own melodies and made them alive through each other’s talent. And, in this very case, with Africa as a common focus (Gérald Toto is fond of West Indies culture).

“There was the idea of ‘creolization’, of working on the relationship between who different things. What happens when you rub them against each other? What chemical reaction do you get from it?”

No Format married Africa for the first records, and has never left the continent aside.

As heard on Toto Lokua Bona (a first try and already a masterpiece), the spirit of the encounter and the meeting will then remain the signature style of Nø Førmat. “There was this idea of ‘creolization’, of working on the relationship between who different things. What happens when you rub them against each other? What chemical reaction do you get from it?”, explains Laurent Bizot, who took on the experimental side of this adventure (to which Thibault Müllings has been contributing since 2007). 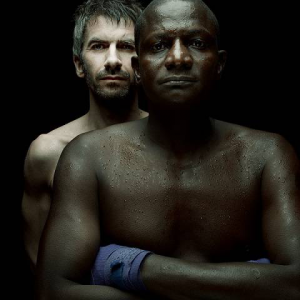 Not to mention rapper Rocé or Canadian singer Mélissa Lavaux – of Haitian origin – whose dark lyrics sung in English, French or Creole beautifully blossom in her mysterious voice.

In short, Nø Førmat has delivered unique works, and always preferred working on uncommon projects rather that releasing several albums with the same artists, as most labels do. Twelve years after, you’ve got a collection of about 30 records, whose common point is their uniqueness. And their artwork has the same visual signature conceived by Jérôme Witz.

Under the influence of Mali

Another encounter is worth being told, as it plays a very symbolic part of the label’s history. It also shows Laurent Bizot’s strong fondness for Africa, and specifically Mali. When at Universal Jazz, his boss and mentor Daniel Richard had told him about Sarala (1995), an amazing album that gathered jazzman Hank Jones with many other Malian music stars, directed by Cheikh Tidiane Seck. Then Bizot had worked closely with Salif Keita, at the time he eventually met a worldwide success with the album Moffou (2002). Mamani Keita,  an ex-Salif’s backing vocalist, would be the first Malian to record on Nø Førmat.

Less than a year later, griot and kora player Ballaké Sissoko approached cellist Vincent Ségal after a Bumcello concert. They started to play together during their off-time and on Sundays while having picnic with their children, mainly for fun, thus growing a true friendship and a rare common musical breath.

With no rush and no running against time, they’d eventually talk about setting up a show, after two years of informal musical conversation. It’s Corinne Serres, then booking agent for Label Bleu artists, who organized the debut concert, and had Bizot listen to audio recordings. Bamako would be chosen as the next venue, where the two now-friends wanted to record an album.

The producer travelled until there so he could attend the gig and aslo the recordings, which happened at Salik Keita’s studio Moffou. In the course of only three nights, they would record all the tracks of Chamber Music. Those three nights were enough time for Bizot to understand Ségal’s work process: live recording, with just the right balance between preparation and improvisation. Preparation: they play the song over and over until they’re ready. They don’t rehearse: they do play the songs. They also spend some time designing the tone and sound they want for the record. Improvisation: there is a huge room for spontaneity and surprise, that emerges from the permanent re-encounter of the two musicians. This beautifully intimist album would eventually be Nø Førmat’s biggest success, still unbeaten (100 000 records, half of them sold in France). The perfect anti-Hollywood production, with no ProTools and no big mouth.

Ségal would then use the same method to produce and record his friend Ballaké’s solo album, At Peace (reference NØF 21). And because music is made by and of human beings, Lansiné Kouyaté would join the duo with BAdjé Tounkara on ngoni and accompany Kassé Mady Diabaté’s voice. Ballaké had precedently invited him to the “Night of the griots”, a memorable concert organized by the Festival d’Île-de-France in september 2013.

Bizot loved Diabaté’s voice, and found it was not enough highlighted in his overproduced records, with too many instruments. In the summer of 2014, they recorded songs in a studio located in the French countryside. The idea was to recreate a courtyard where long-time friends would gather. One instruction, though: not telling Kassé Mady when the microphone was opened, and let him sing spontaneously and naturally. This unique mood can be heard on the first notes of Sadjo, a traditional Malian song that tells the love between a young girl and an hippopotamus, that the malice of men would turn impossible.

Kiriké is by far the most beautiful tribute to this voice, and to Mandinka music. “These melodies have survived since the 13th century because they bear a inner power. There is no need to revolutionize anything, but just to hear this music at its essential core.” This vision applies to most of the records Bizot has produced, many of them tend towards minimalism or essentialism (Ala.Ni, Blick Bassy or pianist Koki Nakano). Today, the producer admits he’s always been fascinated by real instrumentalists, often highlighted only in jazz or classical music records. Nø Førmat puts them back at their right place, and never forgets those who use their voice as an instrument (like Ala.Ni or Blick Bassy).

This must explain why some people chose the original option the label offered its faithful followers : a one-year subscription. And the same spirit was seen during the label’s festival at Théâtre du Châtelet last October. Two nights where music would leave no room for formatting… thus letting the magic happen.