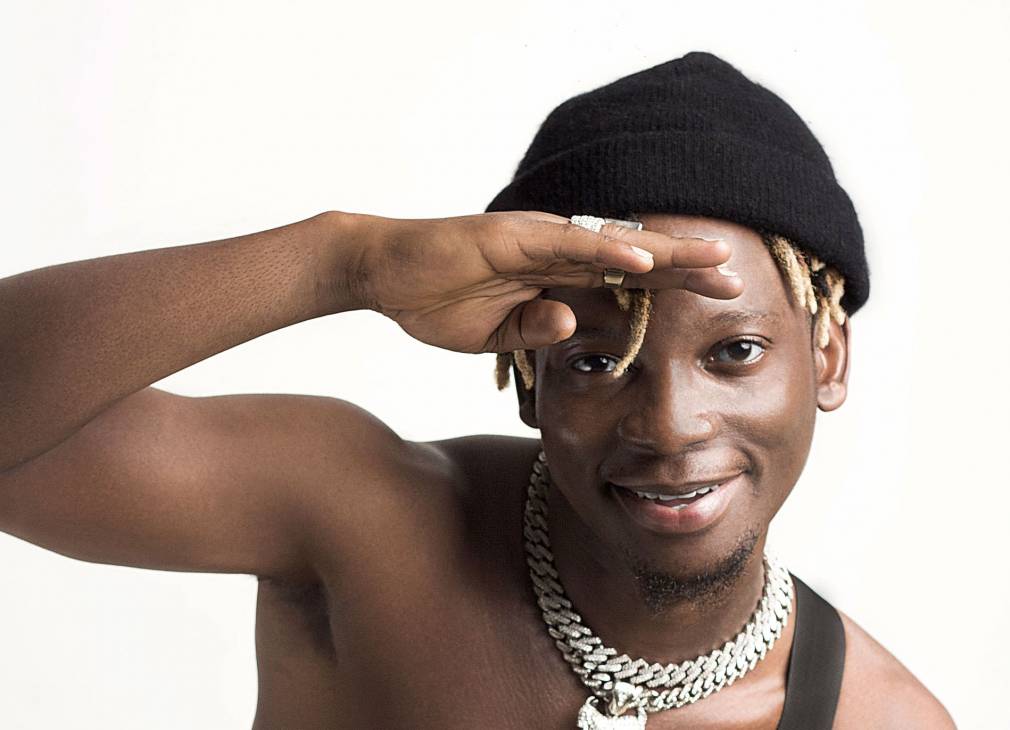 Ngoma: the hope of Cameroonian rap

Having been around since 2014, this Cameroonian rapper is hardly a novice. After numerous great singles, he is finally releasing his first EP entitled “Cam No Go”.

The true definition of a hustler

Ngoma was born and raised in the coastal town of Limbé, in the south west region of Cameroon, but his family roots are in Awing, a village in the north west. Both areas were in the territory of British Cameroon, which was divided up in 1961 between the newly independent countries of Nigeria and Cameroon. The rapper’s first EP Cam No Go, takes its name from an expression in Pidgin English, one of the languages spoken in these two western regions; a type of Creole whose lexical basis is English. Firstly, “cam-no-go” refers to a contagious, itchy and difficult to eradicate type of scabies that appeared in Cameroon in the 1990s. Subsequently, the term became a pejorative way of referring to migrants from the north west who came to the south west to work the land. It was analogous with the expression “Ghana Must Go” which was used to call Ghanaian immigrants to Nigeria in the 1980s. Because of his own history, Ngoma identifies strongly with these so-called undesirables. “They are the hustlers – those who are ready to do whatever to survive in life. My story is that of a young black boy who never got enough. So I would call myself the true definition of a hustler”. Since childhood, he has had to work to survive and pay for his studies, selling accras, bananas, and chicken. Thanks to his many odd jobs, he was able to go to university and study computer science, a field that provided him with enough money to pay for his first studio sessions in 2013. Ever since, he’s been a proud independent artist.

Ngoma also sees a “cam no go” as a way of describing a rapper in a country where rap is nowhere near the most popular genre. “I think rap in Cameroon is facing the same difficulties as everywhere in Africa, because consumers of music tend to like more viby and danceable songs delivered by genres like afrobeat, makossa, and bikutsi which are really leading here. Given the fact that rappers are considered as crazy and usually saying made up things, it is very difficult to get a grip. Cameroon is still a struggling economy, and people tend to relate more to things that resonate with their struggle.” The success of rappers such as Stanley Enow, Maahlox le Vibeur, Ténor, and Franko should be recognised in this context. Ngoma, on the other hand, is closer to an alternative scene and is making his name with his own personal style that he calls “Jwe’Te”. “[That] means ‘listen’ in Ngemba, because I usually require everybody listening to my music to open their minds. My sound is definitely not a pop sound but I intend to interest the minds of the Cameroonians because I believe it’s really original”.

The video for “All Les Day”, released in 2018, shows Ngoma lying on top of the vinyl records of great Cameroonian musicians such as Djene Djento, Guy Lobé, and Papy Ndoumbé. “It was very typical to find makossa in the streets of Limbé and Douala, to find bottle dance in Bamenda, to find bikutsi in Yaoundé. I fell in love with Cameroonian music back then, just for the way the artists represented their culture”. These genres have served to form the foundations of his music. “All the songs I listened to on TV and radio back then in the 90s were the only form of entertainment we could get. Songs like “Olo Iyo” by Grace Decca or “Pam Pam Bé” by Ledoux Paradis inspired me a lot”. For the EP Cam No Go, Ngoma and his producer Dijay-Karl have given many a nod to such childhood hits. For example “Curfew” features a cover of the chorus of Wes Madiko’s song “Awa Awa” (a record that went diamond in France in 1997 thanks to the hit “Alane”) transforming it into “awak awak”.

In 2011, the 15-year-old schoolboy fell in love with American rap thanks to a remix of “Make It Rain” by Lil Wayne, featuring R. Kelly, Birdman, T.I, Rick Ross, Ace Mac, and Fat Joe. “At that age, the internet was out there already in the early 2010’s, and I could download songs. Western music was so available to us. I spent most of my time listening to greats artists like 2pac, Lauryn Hill, Biggie, Mos Def, and Outkast” remembers the rapper. “It really gave me the inspiration to become a musician”.

The passion never left him and the music of Cam No Go is inspired by the latest versions of the genre, namely the Atlanta trap of Lil Baby, Young Thug, and Gunna, identifiable in the instrumental on “Letterhead”. The video for “All Les Day” says a lot about the relationship that a non-American musician can have with rap. In one of the scenes, Ngoma is driving a Chevrolet Monte Carlo, an American car, with a Cameroonian flag on the front. It’s his way of saying that he’s using African American globalised music as a vehicle to affirm local and national identities, and to pursue his goal.

“I’m a local rapper who dreams of making his music leave Cameroon, out of Africa, to reach the U.S.A. My mission is to pave the way for Cameroonian music to get to the international market.”

Rhyming in many tongues

Ngoma’s hallmark is to combine several languages in each of his songs. Cameroon is a  linguistic melting pot, with no fewer than 309 recorded languages. “It is not necessary for a Cameroonian rapper to combine all these languages, he qualifies, it’s just me trying to differentiate myself from other Cameroonian rappers and to create another form of rap”.

It was whilst listening to the Ghanaian rapper Sarkodie speaking in Twi, that the young Cameroonian decided to incorporate his mother tongue, Ngemba – the dialect spoken in Awing – into his art. Ngoma also raps in English and Pidgin English, a strong choice in a country where the majority of the population is French-speaking and where the English-speaking populations of the north west and south west often feel marginalised. A civil war springing from demands for secession and marked by military violence has been raging in these regions since the end of 2016. However, Ngoma has also been known to rap in French. Given the dominance of the language it’s something many English-speaking rappers feel pushed to do. “I don’t think it’s a problem because we are in a bilingual country and of course you have to do that to get the biggest audience to listen to your music. So, it’s very acceptable”. We can also hear Camfranglais on his tracks, a language born in Douala out of a mixture of French, English, Pidgin, various Cameroonian languages, and neologisms invented by young people.

Feeling through the paranoia

The lyrics on the EP’s tracks are charged with the emotional struggles Ngoma was going through during the whole creative process. He began writing in 2018, but in December he was nearly killed in a traffic accident. The experience has left him suffering from PTSD as well as severe paranoia concerning his career, money, relationships, and life in general. He admits that “I felt like nobody loved me, even my woman. I felt really lonely. I’m an introvert so I like to stay on my own”.

He expresses these feelings in “BAE” where he says he almost became a ghost, feeling the bone-chilling cold of a Chicago winter creeping inside him. In “Letterhead” he asks: “Do you love me, are you not here for the money?”. Fortunately, the producer Dijay-Karl joined him in Yaoundé and helped him to create and record his project: “My producer played a great role. I would say he is a very jovial person. He is one of the best human beings I have ever met. He understood my artistic creation”.

Thanks to his help, Ngoma finally found the formula he had been looking for since 2013, incorporating lots of singing in order to express his grief and paranoia. The result is a harmonious project, very well produced, luminous and deep, created by an artist who has finally