Miriam Makeba: become a singer despite the apartheid 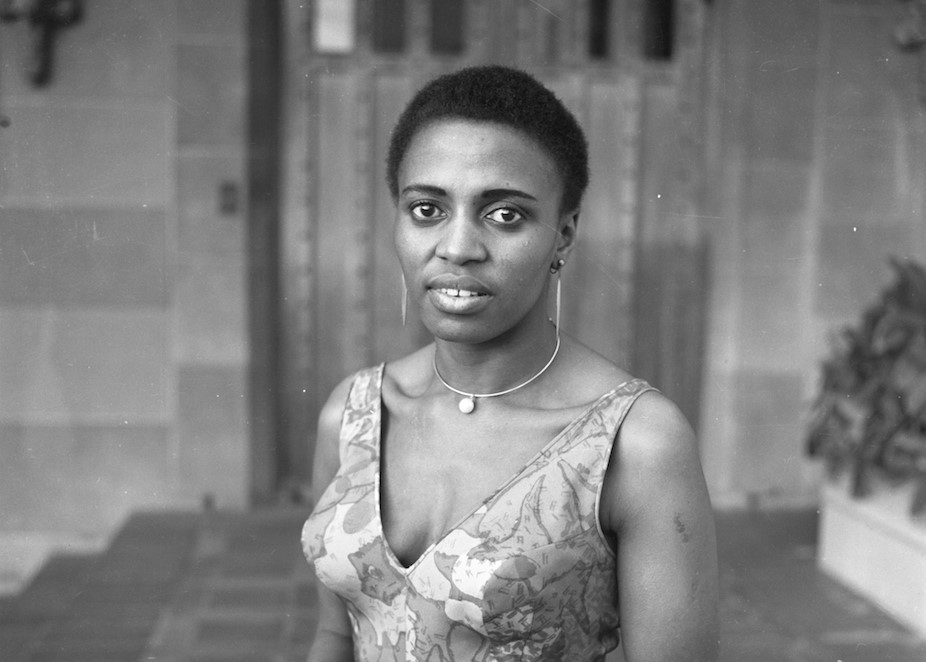 Miriam Makeba, and the fight goes on (episode 1). The kid who became the muse of Pan-Africanism in songs could have missed out on her own destiny. Flashback on a young Makeba locked behind apartheid’s barbed wire.

Listen to our Miriam Makeba playlist on Spotify and Deezer.

Uzenzile: “You can only blame yourself”

If you want to sweep the course of an existence, you have to start from the beginning. The very beginning: birth. The day when African music “empress” – as they would call her later – was born, is a decisive one: indeed, she took her name from that very day.

On March 4th, 1932, Christina Makeba, a professional nurse, feels that the birth contractions are getting closer. Alone at home, she boils water and lays the rush mat on which she lies, and gives birth to a little girl. She cuts herself the cord that connects her to the newborn. The grandmother and the neighbors who heard the cries of the infant come running, only to find the mother lying on the floor. She fainted. The grandmother nods her head and, looking at her daughter, who has just regained consciousness, says: “Uzenzile, you can only blame yourself.” Christina had been told that she and her daughter would not survive the childbirth and, indeed, the thin and sickly girl already showed signs of weakness and could not even eat. As for the mother, she has only become a shadow of her former self. But finally, against all odds, regained their health, and the “Uzenzile” word that the grandmother had let out will remain in the family’s history as a tender reproach, falsely angry. Anyway, that’s where Miriam took her name: Zenzile. Full name, Zenzile Makeba Qgwashu Nguvama.

Zenzi is only eighteen days old when she is sent to prison for the first time! To make ends meet, her mother brews traditional corn beer (“umqombothi”). But the laws of what is not yet officially called “apartheid” policy forbid Black people from consuming or possessing alcohol. Particularly, to produce any. The young kid and her mother spent six months in prison, as the father could not gather the 18-pound-fine required by the police to free them. Later, Zenzi will remember the words that her mother repeatedly told her during childhood: “If you go to prison once, you will go back at least three times.” And she will go back inside a cell more than this during her life. 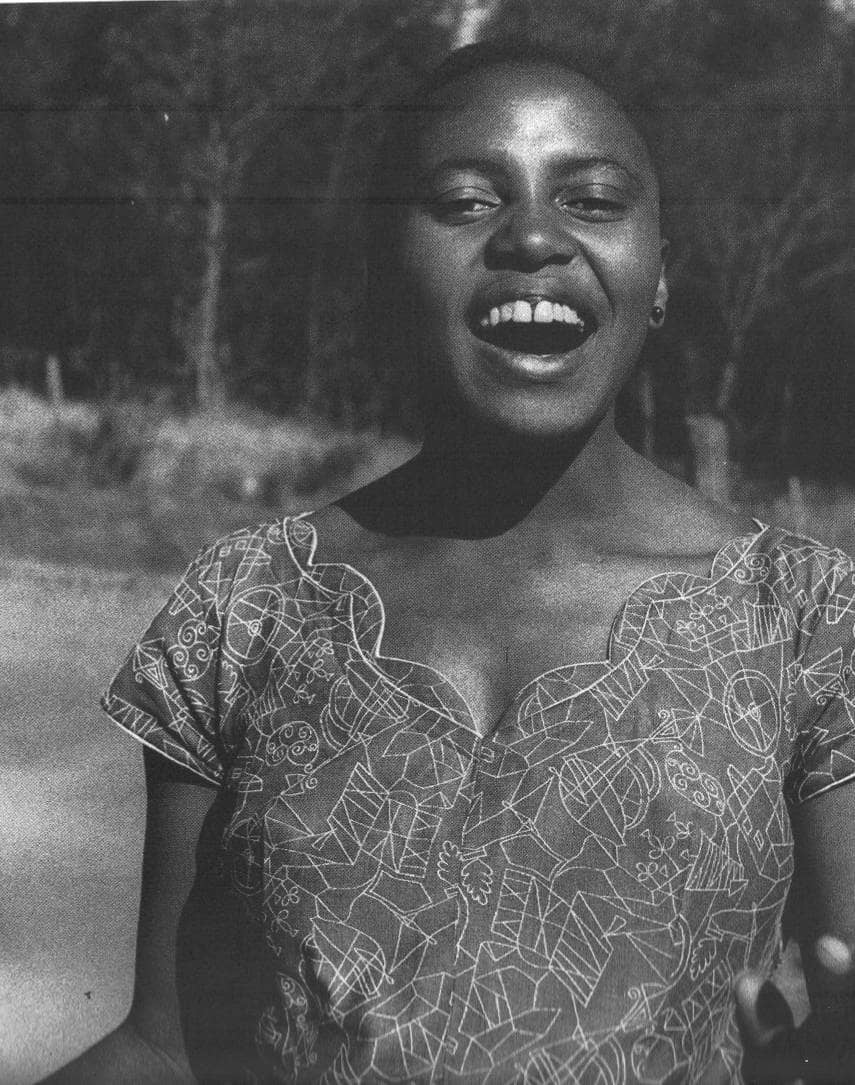 “Who can stop us from stand back up as long as we have our music?”

Zenzi – Miriam by her English name – is only six when she loses her father. Her mother, busy cleaning the houses of White people, only sees her once a month. But the girl, who lives with her grandmother surrounded by a flock of cousins, already has a taste for singing, and sneaks to attend the rehearsals of the school choir her older sister is a member of. The director spots her and she joins the chorus, then participating in competitions, sometimes singing compositions in Sotho, Xhosa or Zulu language full of metaphors Whites cannot seem to understand… if only they knew! “Who can stop us from standing back up as long as we have our music?”, she thinks already, aware of the unifying and spiritual role of the songs of an entire people. And even today, there is no ANC demonstration without these powerful choirs that carry the history of the struggle of South Africa’s Black people.

Getting back to this young girl who grew up in the shade of a Pretoria’s township, she would soon have to give up music. First she has to leave school, in order to help her mother make ends meet. Like her, she becomes a housemaid in White families, at the mercy of their cruel tantrums. It is 1948, and the National Party has recently won the elections (in which, obviously, only the Whites voted). The infernal legal arsenal of apartheid politics is quickly setting up, brick after brick, barbed wire after barbed wire. Cast in the marble of laws. The interracial relations are banned, the different populations (Blacks, mixed-race, Indians, Whites) must live separately and in reserved areas from which they can not move without authorization. Blacks, therefore, can not go to the white quarters unless they can justify a job, and must prove it by showing their pass, a kind of internal passport for the use of Blacks. Not to mention the Bantu Education Act, which continues segregation in education and also limits the teachings Blacks receive to only what they need to know to serve the Whites. Everyday a little more, South Africa becomes a prison.

This is the context in which Miriam gets pregnant by James Kubay, a young man who is about to become a police officer. She marries him in 1950 and gives birth to a little girl, Bongi (literally “I give thanks to you”). But Miriam’s life is not happy: she is exploited by her mother-in-law and beaten by her husband… She ends up escaping, leaving Bongi to her mother so she can look for a job. One of her cousins ​​offers her to sing for the Cuban Brothers, an amateur orchestra in which he sings himself. The band (that has nothing Cuban) does covers of American standards and adapts songs in the languages ​​of the country. They are really successful in Orlando East, in the suburbs of Johannesburg (where Soweto is currently located). This is where, one night, a certain Nathan Mdledle hears her, and offers her to integrate the Manhattan Brothers, one of the most popular vocal quartets at the time. The only female vocalist of the band, she brings all her grace and tours all over the country with Nathan and his friends. She also records a song that she would often repeat during her career, “Laku Tshoni ’Ilanga”, and “Tula Ndivile” where she handles the lead vocals. That’s when, on the advice of the Manhattan Brothers, she takes her English name as a stage name. Here is Miriam Makeba.

Listen to our playlist Miriam Makeba on Spotify and Deezer.

Read the other episodes of our series Miriam Makeba, and the fight goes on. 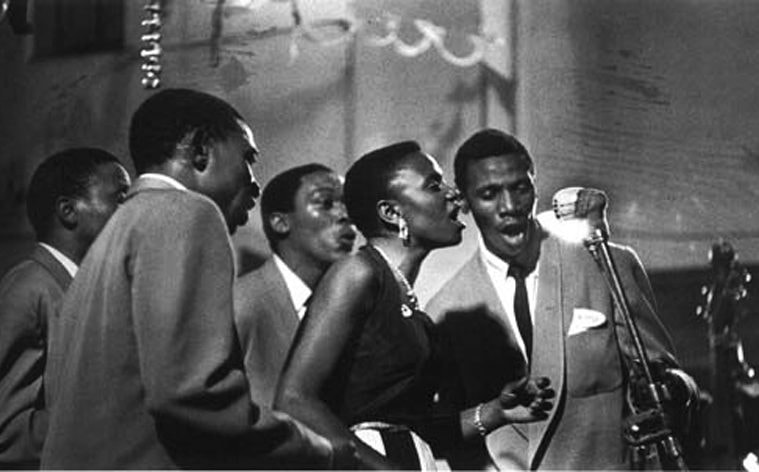 Miriam Makeba: the exile ends, but the struggle continues
Portrait

“Miss Makeba”: thrown in at the American deep end
Portrait