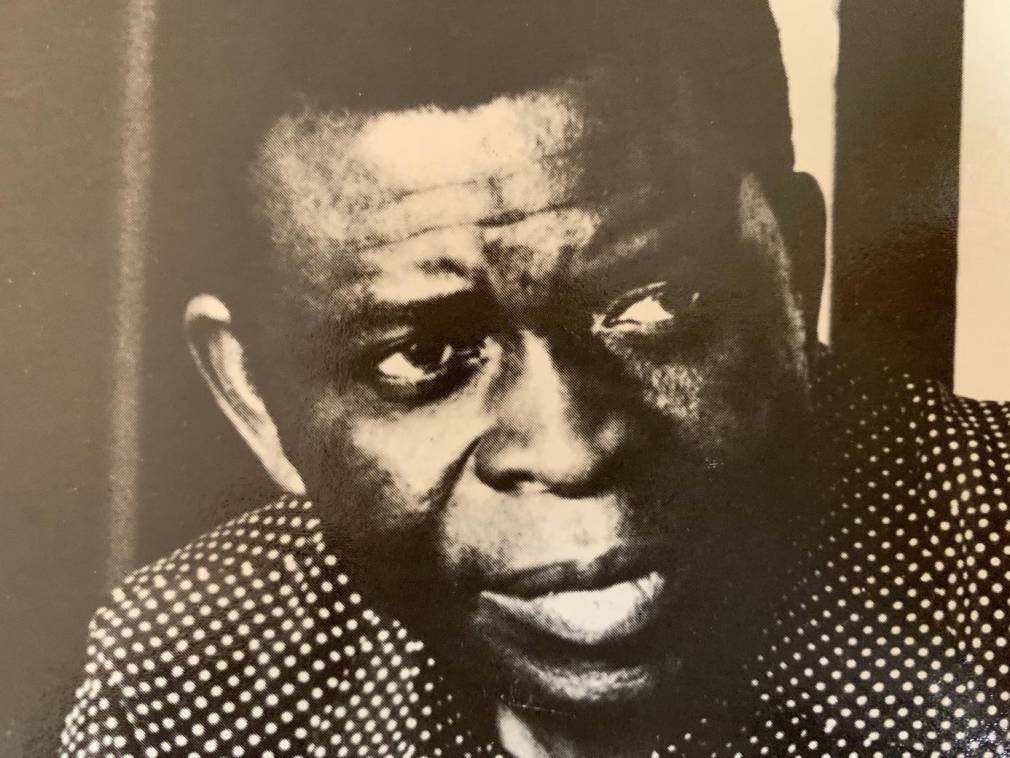 Francis Bebey left us 20 years ago. This week, 3 of his children remember him with a song or an album. Kidi, a writer and a journalist, starts the serie and speaks of Francis the Free. Can you hear it?

As a child, I have many memories of  hearing my father compose on the guitar. Hiding behind the door of his room I would listen, close my eyes and let myself be drawn into the long meanderings from which I would sometimes emerge moved to tears, without really knowing why. Perhaps because, having learned to play by himself, Francis managed to produce unexpected sounds that were mysterious, velvety, powerful, sometimes harsh. Freed from the academic style of classical guitarists, he strummed or plucked the strings of his guitar, but also created rhythms with his left hand on the neck, passing one string over another or transforming the sound board into a drum. For him, playing his guitar was to make it sing and dance, discovering all its possibilities.

His compositions also broke away from standard expectations and formats. For example, his very first vinyl record, released in 1965, had only two tracks: “The Song of Ibadan” on one side and “Black Tears” on the other. According to Francis, the former was a memory of a beautiful trip to Nigeria, while the latter was a tribute to the thousands of people who took part in a huge civil rights demonstration in Washington in 1963. The artist gave us no choice: either we took off with him for fifteen minutes of listening or we stayed at the door, never grasping the sophistication of his soundscapes.

On the African continent, Francis became best known for his melodies in the Douala language and then for his humorous songs in French. Sometimes the public, eager to dance and sing along to his refrains, found themselves surprised and even bewildered by some of his more difficult compositions. But he didn’t give up and continued to invent this “learned” music which, fortunately, still reached many fans all over the world. He was applauded at recitals in prestigious venues in Germany, Italy, Sweden, France, Spain, the United States, Brazil, Rwanda, Ivory Coast, Morocco, the West Indies, Japan, Haiti… in fact in nearly sixty countries! The self-taught musician was even once invited to join the jury of a major classical guitar competition in Venezuela.

Above all, what I remember today is the approach of an artist who allowed himself to explore whatever musical genre he liked – from popular music to contemporary compositions, from sanza to electronic music, from Douala songs to vocal effects inspired by the musical genius of the Pygmies. Each one of these diverse styles was explored in one and the same person, who had the audacity to create without having a complex, without creating limits to his style, or establishing a hierarchy between genres. This was a musician who had the courage to not try fitting in with what was fashionable, preferring to let himself be guided by his creative impulse, opening himself up to the music and breath of the world. He produced the music that sang to him. Of course, he sometimes paid the price for this independence of spirit. Turning his back on the major record companies to produce his own music did lead to the occasional bizarre result – compositions that are “sometimes crazy, sometimes brilliant” as producer Jean-Baptiste Guillot (Born Bad Records) puts it… and Francis’ work is certainly original. He has been admired and misunderstood, ignored and celebrated, but in every case he seized his freedom with both hands and challenged the idea of what an “African musician” is or should be. It is simply called being an artist, and perhaps that is why Francis Bebey’s music continues to amaze and inspire audiences today. Who knows, perhaps he’s still creating wherever he is now, on the other side of the stars…