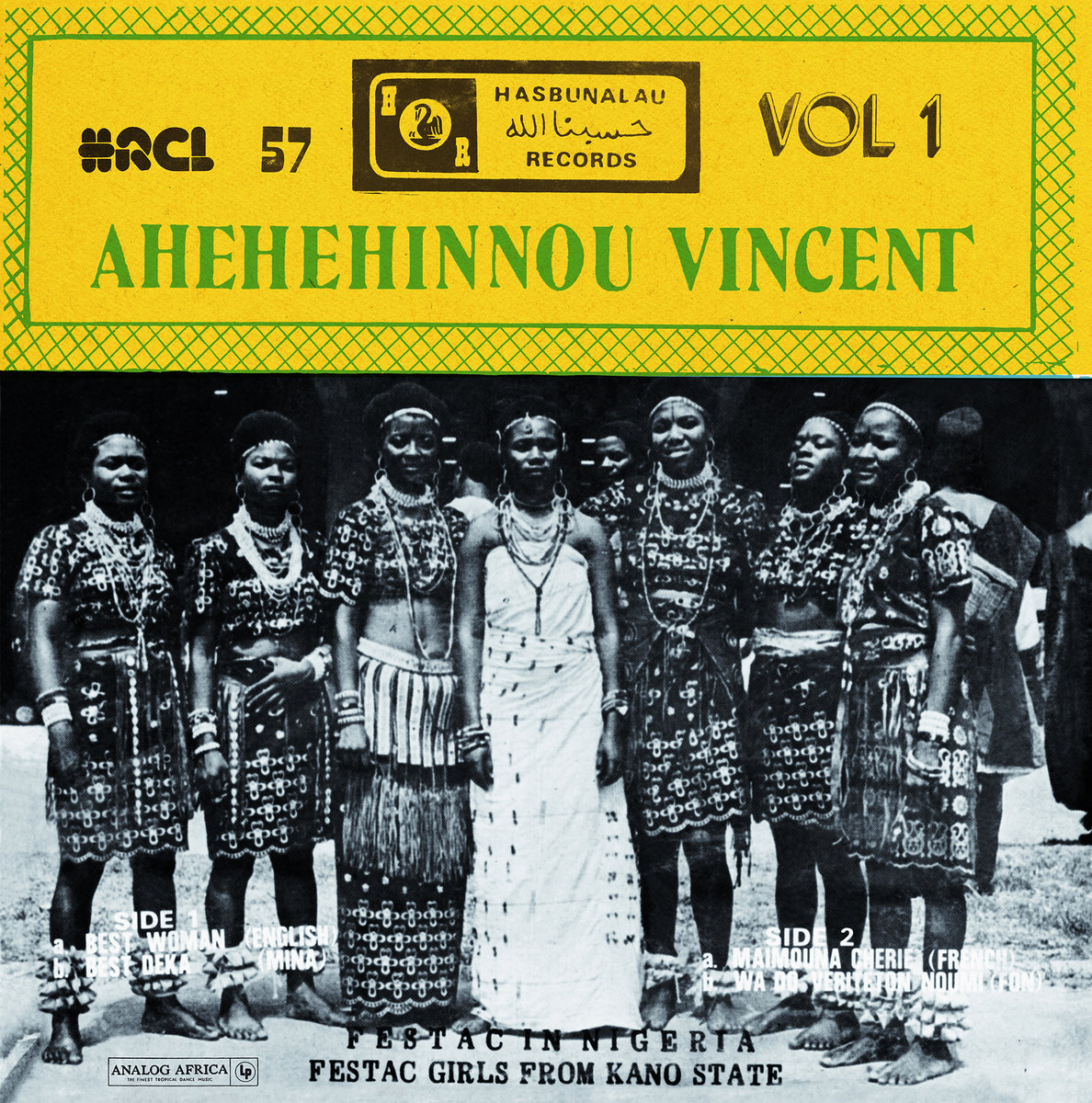 Vincent Ahehehinnou is the famous singer of Poly-Rythmo. We dare you not to lose yourself in the sublime hypnotic trance he made 40 years ago. Via Analog Africa.

In 1977, Vincent Ahehehinnou “splits” with Tout Puissant Orchestre Poly Rythmo. Ignace de Souza from the band Black Santiago decided to help Vincent’s solo career. One year later, Ahehehinnou Vincent Vol. 1 (titled Best Woman by Analog Africa) was recorded in Lagos. The release is a masterpiece of funk and afrobeat that includes Vodun rhythms from Vincent’s native Benin and, as was his habit, some soulful vocals.

Here is the fantastic story behdin the release :

“In early 1978, Vincent Ahehehinnou left the Orchestre Poly-Rythmo de Cotonou without explanation. He had been one of their principal vocalist since 1968 and had helped transform them from a hard-charging nightclub band into a musical powerhouse and Africa-wide sensation. By the end of 1977, after an explosive performance at the pan-African arts and culture festival (Festac77) in Lagos, the band had reached the very pinnacle of their success.

For nearly forty years, the reasons behind Vincent’s sudden departure have remained a mystery. Until now. In an interview included with Analog Africa’s new reissue of Best Woman – Vincent’s first post-Poly-Rythmo album, which has been out-of-print for close to four decades and nearly impossible to find outside West Africa – the great singer finally breaks his silence. He didn’t leave… he was pushed.

Poly-Rythmo were already popular in their native Benin but, in the aftermath of Festac ’77, the band were poised for break-out success throughout Africa. One of the people who stood to benefit most was the band’s manager Adissa Seidou, whose label Albarika Store had released most of the band’s recordings. However Adissa’s vision for Poly-Rythmo didn’t always line up with that of the musicians and, more often than not, it was Vincent who spoke up for the band.

The two men grew increasingly estranged until one day – at the funeral for Adissa’s father no less – Adissa gave Vincent an ultimatum of sorts. In Vincent’s own words: ‘I asked him if there is a way we could sort out our differences to which he replied that the only solution was for me to leave the band, adding, “If not I will kill you”‘.

And so Vincent found himself forced out of the band he had helped build. He tried his hand at various business ventures, but soon realised that the pull of music was too strong. On a business trip to Nigeria, Vincent met with Ignace de Souza of Benin’s Black Santiago band, who agreed to arrange Vincent’s songs, assemble musicians, and book a session at the legendary Decca Studios in Lagos.

With everything in place Vincent returned to Cotonou, gathered together all the money he had saved over the years and set out again for Lagos. But the simple bus journey to Nigeria turned into a nightmarish odyssey of military corruption … and had it not been for the random kindness of an unknown woman on the bus, this album – along with Vincent’s subsequent solo career – might never have existed. Vincent tells the full story in the liner notes to this LP.

But Vincent did make it to Lagos and the sessions went ahead. The nine-piece band, handpicked by de Souza, learned the songs and set them to tape in the span of only a week … but the results are as timeless and essential as anything to emerge from West Africa in the late 1970s.

Vincent’s afrobeat credentials are in full evidence on opening track ‘Best Woman’ (English) whose driving beat, focussed horns and intricate vocal melody recall the raucous intensity of Poly-Rythmo. But the deep funk of the title track turns out to be only a warm-up for album-highlight ‘Maimouna Cherie’ (French), a moving expression of love and longing which kicks off with a hi-hat and wah-wah guitar workout but shifts gears mid-way into a more concentrated and contemplative groove.”