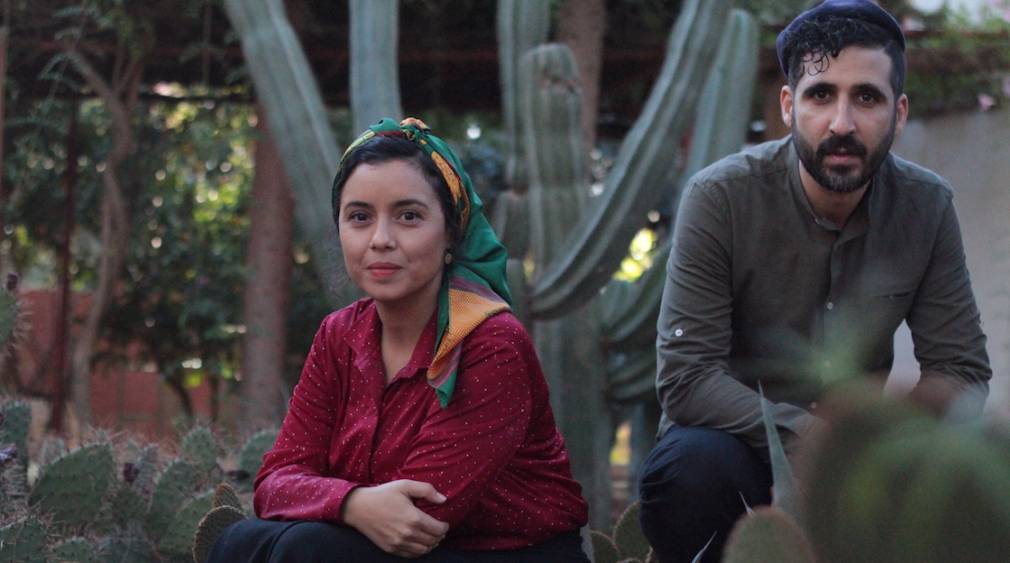 The singer Neta Elkayam’s career reflects the entire history of the Judeo-Moroccan diaspora that has settled in Israel. Creativity in exile is found here.

In order to understand Neta Elkayam’s life and her Judeo-Moroccan heritage, it is necessary to know that since the end of last year Israel and Morocco have re-established diplomatic relations.  A final diplomatic legacy initialled by Trump on Twitter in December 2020.  Official contact had been broken off and their respective embassies closed for the past two decades.  Rabat and Tel-Aviv have now normalized relations. In exchange, Washington officially recognized Morocco’s sovereignty over Western Sahara. A “deal” obviously condemned by both Hamas and the Polisario Front.

Daughter of an ancient past

But in fact Morocco and Israel had not waited for Mike Pompeo in order to re-establish a dialogue and to provide a united front. Their exchanges have been  fruitful. And historical. There were an estimated 250,000 Jews in Morocco in 1946.  Their exodus began in 1948, and continued for almost twenty years.  In 1967 there were only 60,000 to 70,000 remaining in the country, and today no more than 3000, most of them living in Casablanca.  If the diaspora has spread over the years to France, Canada, Spain and the United States, it is mainly in Israel that that most of them have settled. Today, nearly 800,000 Israelis are originally from Morocco, out of a total population of almost nine million inhabitants (source : World Bank). Exile, music, gastronomic tradition, pilgrimages, twofold culture, communitarian reconfiguration… These Israelis, born in Morocco or in Israel and with one or two Moroccan parents, strongly maintain their patrimonial heritage. The Israeli artist Neta Elkayman is one of them.

An Amazighe from Tinghir, where her grandparents were born, Neta’s mother is from Casablanca. Her parents emigrated to Israel, where she was born in 1980 in Netivot, where the the greatest number of Moroccan Jews reside.  “In fact, I grew up in Israel, but in the heart of Moroccan culture”, remembers Neta. “All the inhabitants of Netivot were Jewish Moroccan immigrants who had left the country in the 1950’s. As a result, there were two worlds, the world outside, and the inner one where my grandmothers lived with their memories of Morocco.  Netivot, in the 1980’s and 1990’s, was like living in Morocco. Everyone spoke the Arabic dialect in the streets, ate a Moroccan diet, and celebrated the Maghreb holidays.”

Growing up between Chaâbi, American pop, and popular French music

It is here, in the small city a few kilometers from the Gaza Strip, that the young Neta fell in love with Moroccan music. «Two immense immigrant musicians lived there at the time. One of them, Yeshyua Azoulay, was a veritable expert in Andalousian music. The other, Hanania Abergeil, was an oud player specializing in Chaâbi standards of the 1960’s. We would go to hear them play in Haifa at the time». A native of Ouarzazate, Neta’s husband, Amit Hai Cohen, who is also her arranger, producer and musical partner, in fact studied music with Abergeil.

“Along with all this, we were also influenced by all kinds of Western music, from popular French songs to American pop. Everyone here listened to Mike Brant, The Jackson Five, Enrico Macias, ABBA…” Rock influences came later. «In the early nineties, rock became the dominant music in Israel, and I myself played guitar in a group, singing in Hebrew and in English.” Teapacks, Knessiyat Hasekhel and Sfataiim were some of the groups, made up of musicians coming from the Maghreb and who were the leaders of the rock scene in the south of Israel at the time. “Despite all this, I sensed at the time that the repertoire I had grown up with didn’t exist in the eyes of others. Moroccan music wasn’t represented at all in Israel. »  Without any support from the government, the music of Moroccan Jews never has access to the mainstream, in a country where radio stations only play Hebrew or English songs. «In fact, the genre survived, but under the radar, solely within the immigrant Morcoccan community and through their musicians.“

“Here, Jews of Moroccan origin are ready to take the step of cultural reappropriation“

Yet Neta Elkayam did not make her first trip to Morocco for another ten years. “On my return, I was no longer the same. This trip allowed me to return to my roots, to comprehend how much I loved my grandmother’s native language, and to what point I need to reappropriate my own culture. I discovered that many of the musicians on my old vinyl albums were Jewish but used French or Arabic names. I decided I wanted to be like them, a musician capable of pushing my own limits.“

Which is what she did, along with her husband, Amit Hai Cohen, with the releases “Hak a Mama”, “Muhal Nensah” and “Muima”, singles inspired by traditional Moroccan repertoire, and now released early this year as an EP, where the duo explores the bridges between pop and jazz melodies, electronic sampling, and North African rhythms. Neta’s spellbinding melancholic voice sings the lyrics in Darija (an Arabic dialect also spoken in Morocco).  Her music creates a strange spleen and evokes exile. Neta herself continues to travel between the two countries. “I compose while looking at the future, I want my children to grow up in a pluralistic society, where people are proud of their roots and their culture, the color of their skin.“

For Moroccan Jews, as well as for the second and third generations who live in the south of Istael, Neta is creating a true musical bridge between Casablanca and Jerusalem.  “Today, things are evolving, you can sense that there is an evolution in attitudes in relation to our patrimony”, explains the singer. “Israeli institutions now support Andalousian orchestras and, here, the new generation no longer feels the shame and the discomfort that their parents always felt.  Young people now have a real thirst for music, they are ready to take the step of cultural reappropriation, to be proud of their roots which had been abandoned for so long by their ancestors.“