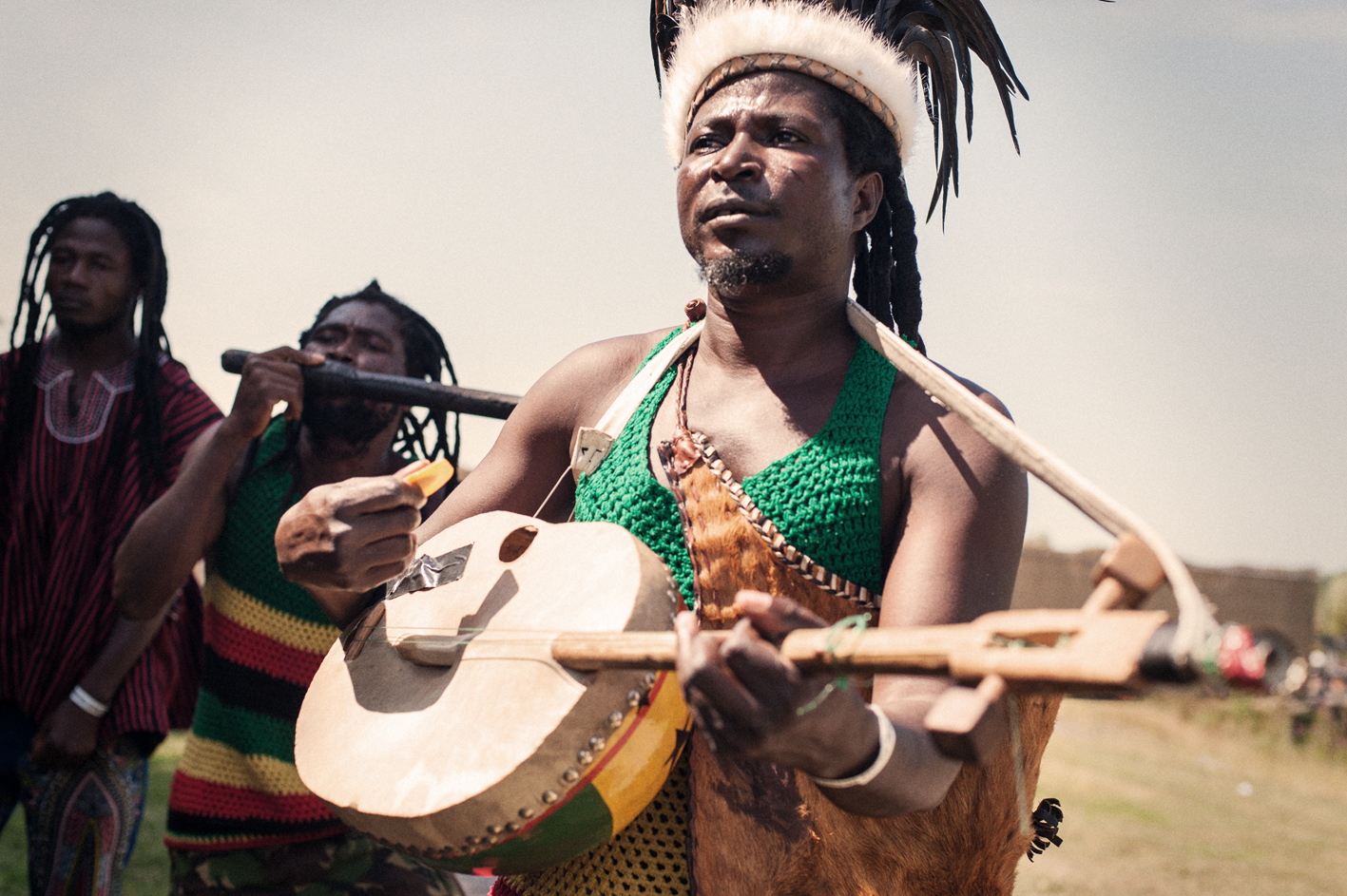 Born in Bolgatanga in rural Ghana, King Ayisoba was a prodigy on the kologo (a lute with numerous variants across West Africa), playing locally until he’d outgrown the possibilities of the area. No hiplife rap, no electronic beats but somehow it conquered the country and brought the tradition firmly into the mainstream. With that mantra, King Ayisoba became the unlikeliest star. His music was a strong weapon for Ghana’s traditions. What he wanted, though, was to play with a band, to bring what he called the “man-power” to give the full drive to his sound. On the album »1000 Can Die » the power comes from the band itself, from the sense of history that forms every piece of music. It’s there in every musician, the songs are all connected, they are part of the harvest they bring from the fields and from their own families.

All that power leaps over the sounds of the album’s opener, “Africa Needs Africa,”