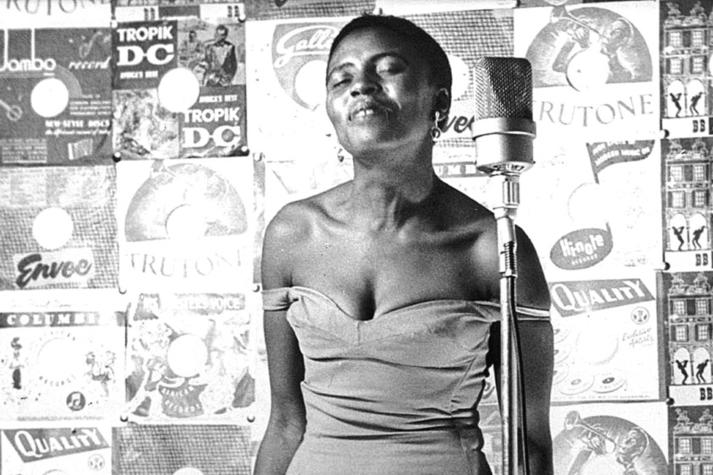 Miriam Makeba, and the fight goes on (episode 2). Starting out in a country that then turned out to feel like a prison, the singer eventually realizes her success and moves abroad.

Read the article while listening to our Miriam Makeba playlist on Spotify and Deezer.

It’s the mid-1950s, and Zenzi Miriam Makeba has made herself known on the stages of her native country. She records new songs with the Manhattan Brothers, and the label Gallotone makes her the star of a new band, the Skylarks.

With her three sisters, she would rehearse on the rooftops of the labels HQ and, as soon as the song was composed, they would all run into the studio to record it immediately, as if they were afraid of forgetting it. The producers in time offer them a tape recorder! 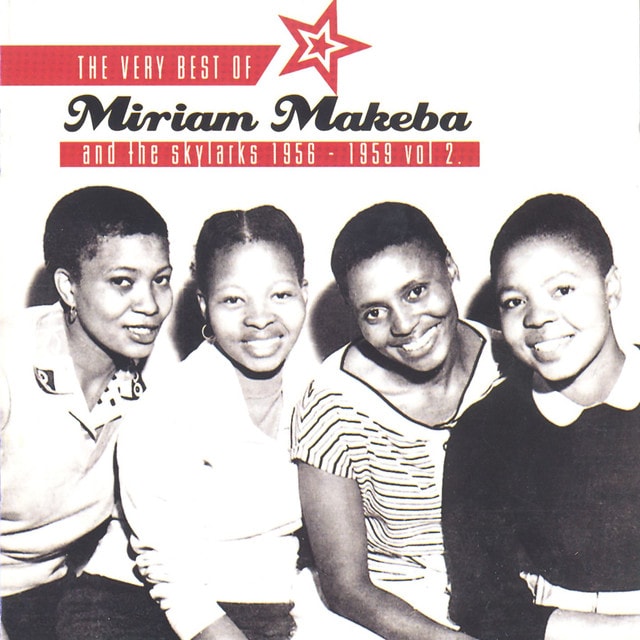 Their repertoire, typical of the kwela jazz era (“kwela” is a small flute used in the South African townships), range from sentimental songs to nostalgic testimonies of the brutal changes their country was then living.

EIn February 1955, the 45,000 inhabitants (mainly Black, mixed-race, Indian and Chinese) of the Sophiatown district in Johannesburg were forcibly displaced and relocated even further out of the city, into remote suburban areas. Sophiatown had become one of the last areas of diversity in the city. It represented the heart of the city’s cultural life, where Black musicians, writers, dancers and journalists (including those of the famous magazine Drum) rubbed shoulders in the many shebeens, a type of clandestine bar. After evicting its inhabitants, the apartheid regime subtly renamed Sophiatown “Triomf” (for “triumph”). The song “Remember Sophiatown” is a direct reference to these events.

Miriam Makeba appeared on the bill of the African Jazz and Variety show, the first Black show that was allowed in venues usually reserved only for Whites. She shares the bill with her childhood idol, Dorothy Masuka, but also with the first South African star of Indian ancestry, Sonny Pilay. She eventually falls in love with Sonny, despite the prejudices, strengthened by apartheid, that condemned interracial relationships 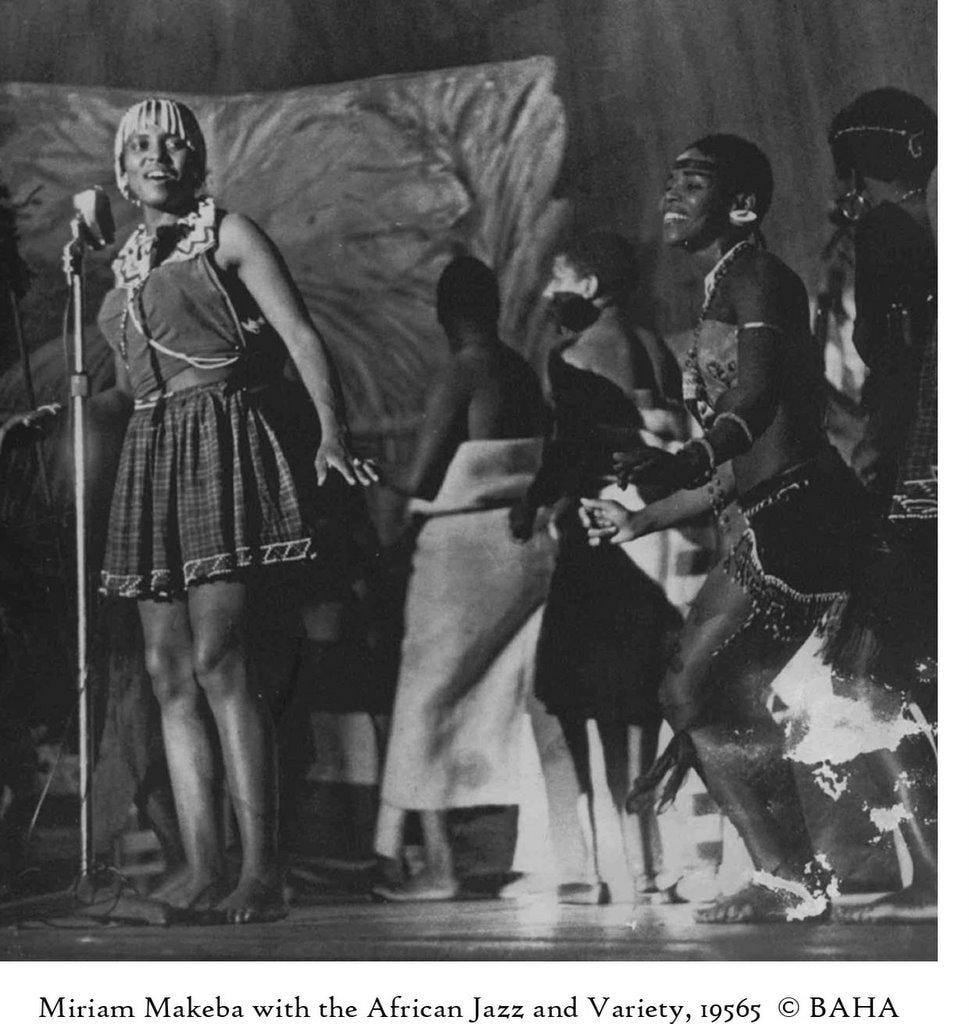 The producer of the show – a White man – even succeeds in booking it at the City Hall of Johannesburg, a first for a Black show. This is where filmmaker Lionel Rogosin discovers the singer, and asks her to participate in the filming of a movie. The film’s intention was to tell the life of Black people in South Africa, through the story of Zacharia, a young Black man who moves to Johannesburg to find work. Makeba would play her own role, that of a singer, performing in a shebeen. The film project, titled Come Back Africa (after the name of a song by the A.N.C.) obviously is not approved by the authorities, forcing the team to shoot clandestinely. Miriam’s scene is shot in the middle of the night, at one o’clock in the morning. In the shebeen, a group of men are in the midst of a conversation about politics. When they see Miriam come in, they ask her to sing for them.

The director then asked Makeba to apply for a passport. He sought to share her talents outside of South Africa during promotion of the film. 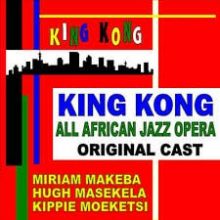 Having just finished an extensive tour (18 months) with African Jazz and Variety, she directly takes on one of the leading roles of a jazz opera titled King Kong, a tribute to the life of famous Black boxer, Ezekiel Dlamini, nicknamed “King Kong”. The White authorities prevented him from participating in fights abroad, to avoid him defeating White boxers and returning home as a hero. King Kong sank into alcoholism and ended up in jail after killing his girlfriend. There he would meet his suspicious death, where he was found drowned in a shallow waterhole…

White people produce, write and stage the show. All are Jewish, and are undoubtedly more mindful of the violence of segregation which recalls the situation of the Jews of Germany on the eve of the Second World War. Makeba emphasizes this point in her autobiography: “It is a fact that Jews run the theatre industry in South Africa. And it is a fact that Jews were the only ones to help Africans. In the theatre we are not forced to call the director “Baas” (“boss”) just because he is white; we call him boss because he is who directs!” Nathan Mdlhedlhe and Joe Mogotsi, her fellow comrades in the Manhattan Brothers, respectively play King Kong and his best friend, Lucky. As for Miriam, she holds the role of a shebeen queen: both the boxer’s girlfriend and the owner of a clandestine bar called Back Of The Moon. This is the title of one of the signature songs she performs on stage and on record. Among the musicians, she becomes friends with a young trumpet player named Hugh Masekela, already destined for a great future. 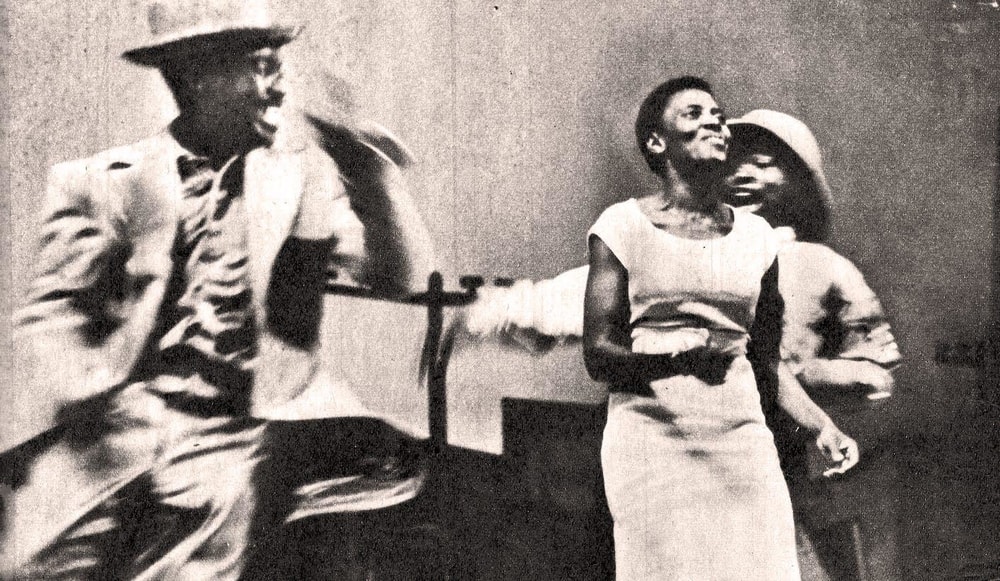 The show is a success, and is sold out in Johannesburg for six months. The producers managed to get around the laws of apartheid by programming King Kong in one of the few places of racial diversity, a campus of a university! Therefore, all audiences are welcome to attend.

On the eve of a tour of the provinces, the singer passes just outside a hospital… but as the building is reserved for Whites, they have to transport her 20 km away! She is operated on there, and is diagnosed with an ectopic pregnancy. She has to be substituted for a few weeks before rejoining the troupe in Cape Town. She then receives news from Lionel Rogosin, the director of Come Back Africa. He asks her to join him at the Venice International Film Festival to present the movie. It is then that Miriam remembers a prediction made by a spirit (“amadlozi”) speaking through her mother’s mouth – she became a “isangoma”, a medium and a traditional healer. The mind spoke for her: “Miriam will leave South Africa for a long journey and will never come back.” She doesn’t really know if she should believe it, but before flying away, she makes one last stop at the studio and records “Miriam’s Goodbye to Africa”. A farewell song penned by Gibson Kente, whose impact she may not yet have fully measured. She also recorded one of her best-known songs, “Iphi Ndilela”, which in Zulu language means “I ask you to show me the way”.

“Take care, my people,
I am leaving
I’m going to the country of the White man
I ask you to be with me
To show me the way
We will meet again on my return
I make this promise”

She flies out to Venice in August 1959. Without knowing yet that a new life is beginning for her, under the celebrity spotlight, on the North American stages and in the ceremonies of independence of an Africa which would free itself from the colonial yoke. Nor does she know that when boarding South African Airways plane, she would not see her home country again for the next 35 years.

Listen to our playlist Miriam Makeba on Spotify and Deezer.

Read the other episodes of our series Miriam Makeba, and the fight goes on. Miriam Makeba: the exile ends, but the struggle continues
Profiles

“Miss Makeba”: thrown in at the American deep end
Profiles